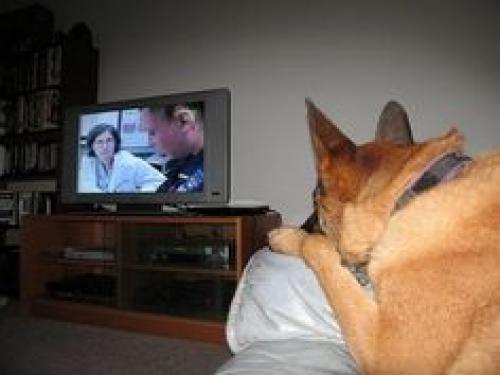 Scientists have figured out that what dogs really like to watch on TV is other dogs.

But it’s not just the pictures that dogs like. Top of the list of doggy delights are the sounds of other dogs barking, the squeak of a squeaky toy and the voices of humans saying things like “Good boy”.

Although TVs have been around for a long time, it’s only with recent improvements, such as high definition screens, that dogs have been able to see what’s on the box. It was once thought they could only see in black and white. But it turns out that dogs can also see different combinations of blue and yellow. This is why DogTV (yes, dogs have their own TV channel now) has such a small number of colours.

It also explains why the picture looks a bit "ruff" to you and me.